An eight by 12 four-bit room: two stories of living minimalistically

Dedicated to Josh and Liam

Ah, but two hours of pushing broom
Buys an eight by 12 four-bit room
I’m a man of means, by no means
King of the road.

From “King of the Road”, sung by Roger Miller 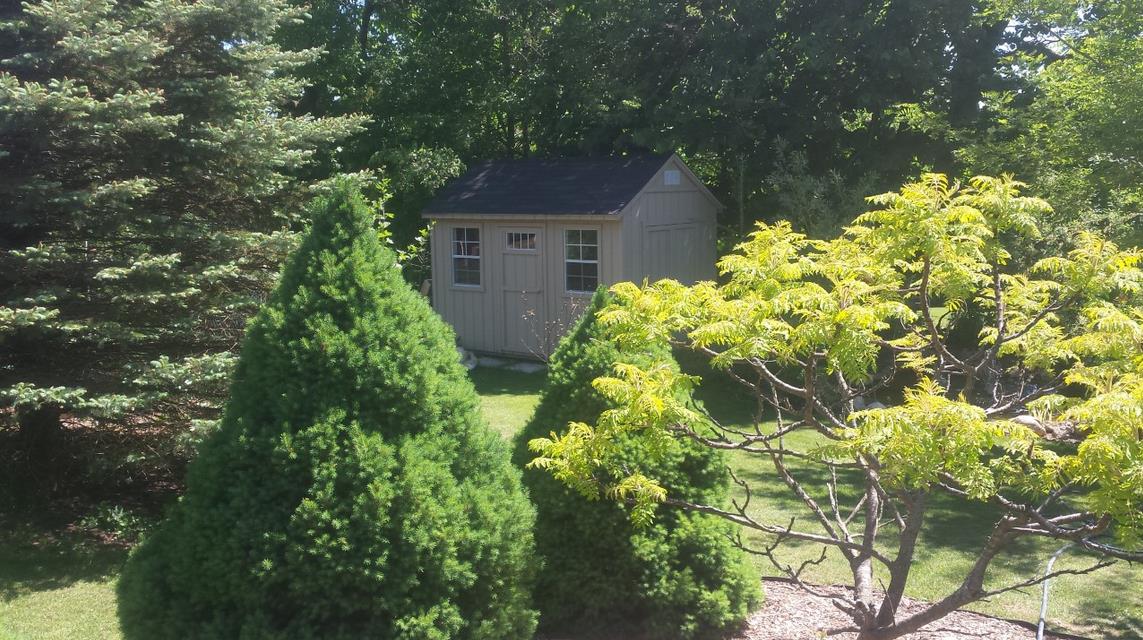 In 1965, when Roger Miller sang “King of the Road”, specifically the bit about how “two hours of pushing broom buys an eight by 12 four-bit room” he could not have foreseen the tiny home craze almost six decades later. Today, some people are choosing to make their homes in very small spaces, not because they don’t have the means or option of larger, more typical North American accommodation, but because they’re living their value of minimization. At least I definitively know this to be the case for two guys who chose to live in an eight by 12-foot garden shed, shown in the image, in my backyard. One after the other, mind you. Not together. 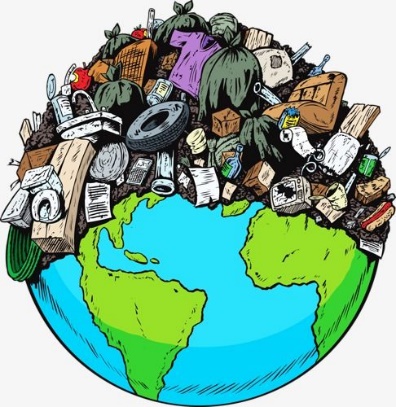 These guys—my nephew Josh and my son Liam—are inspirations to me as I advocate for environmental responsibility. I witnessed them walking their talk of minimizing their ecological footprint in a world that desperately needs to prioritize the reduction of the production and accumulation of stuff—material stuff largely manufactured to satisfy our convenience cravings and neediness to have more, newer, bigger and better.

This blog recounts the stories of two guys living meaningfully according to their values.

Here is Josh’s tiny home story in his very own words:

Many people thought I had totally lost it when I told them my plans to build and move into a tiny house – especially when I mentioned it was only 8 feet by 12 feet large. I admit that as construction got underway, even I wondered if 96 square feet would be enough.

But as a blogger and public speaker, I had long touted the personal and environmental virtues of minimalism and simple living. And a tiny house seemed like a perfect opportunity to walk the talk in a meaningful way. Annie Gyg made that possible, generously allowing me to construct my dream micro-home on the edge of her property.

Even though I considered myself a man of few possessions, moving into such a small space required multiple rounds of purging. But it was a wonderful exercise in paring down my stuff to just the essentials and realizing how little I actually needed to live comfortably.

Initially, I committed to toughing it out in the tiny house for two years. In the end, I was there for three years, and honestly, there was nothing that was tough about it. On the contrary, it was an incredibly joy-filled experience. I never felt claustrophobic or missed any of the things I got rid of before moving in.

I saved tonnes of money. It took minutes to clean the place from top to bottom. It took a single lightbulb to illuminate the space and minimal energy to heat it.

I also felt much more connected to my consumption. For example, my pint-sized accommodations helped me reduce frivolous purchases, forcing me to consider if I actually had room for whatever I was looking at buying.

Meanwhile, no indoor plumbing meant hauling water from my aunt’s house for dishes, drinking and cooking – and then lugging my little barrel of greywater back to her house to empty it. Those trips made me hyper-aware of my water habits. They also got me outside more often, allowing me to regularly enjoy a sky filled with stars or streaked with the purples and pinks of a sunrise.

For me, tiny turned out to be the perfect fit. And I can honestly say that my minimalist experiment enhanced my joy rather than diminishing it. In doing so, it proved to me what I had intuitively known for a long time: that the road of happiness isn’t paved in material stuff, that less can be more, and that there is much joy to be found in the little things.

More of my stories and articles can be found on my website at https://badgeofawesome.com/

What brought about the end of Josh’s very-tiny-home life? A very-big-love and the beginning of married life.

No sooner had Josh removed his tote bag of belongings than Liam moved into the tiny home. Like Josh, to fit into 96 square feet Liam had to purge and purge again, but the micro-home would prove to be spacious compared to his current accommodation that necessitated his further letting go of all but the bare necessities. We’ll get to that. 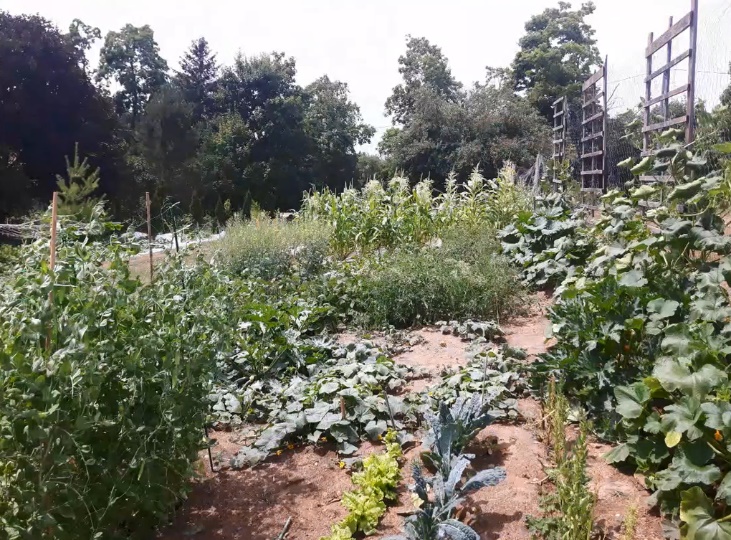 The tiny house was conveniently located immediately adjacent to Liam’s extra large vegetable garden, and aligned perfectly with his commitment to live on a shoestring. That commitment included sustaining himself—a vegan—for 12 months almost entirely with produce from his garden—eaten fresh, frozen or dehydrated. Over the 12-month period, Liam spent $300 on groceries. That year he said he received his best-ever birthday present: a large jar of crunchy peanut butter.

His lifestyle was in part a personal, unannounced boycott of the ecologically injurious global food chain system that too commonly involves almost-slave labour and environmental degradation associated with monoculture and unsustainable agricultural practices in source countries.  The food chain often involves the transport of goods across the globe, food processing, and packaging, all significant contributors to climate warming and pollution of land, sea and air. Liam’s vegan diet reflects his core ethical, environmental and health values. 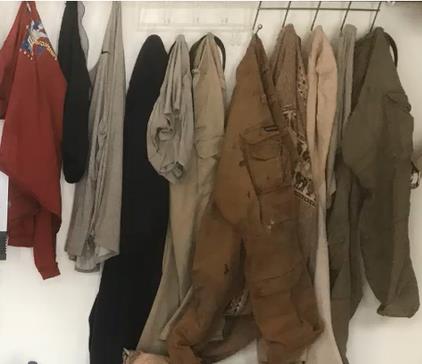 Equally concerned with the devastating environmental impacts of the global garment industry, Liam spends nothing more than pocket change on used clothing. He eschews fashion. His attire in his former workplace with a conservation authority and at home in his garden varied little from day to day, week-to-week; his few clothes were washed only out of respect for others and hung out to dry on the clothesline.

Liam would be the first to say his frugal lifestyle was also motivated by his desire to save as much money as possible to realize his long-held dream, to which I obliquely alluded earlier when I mentioned he had to downsize from the micro-home. I’ll explain shortly.

Liam has admitted to co-workers, friends and extended family that he’s unconventional—eccentric some might say—but I question if his unconventionality need not become societal convention if we are seriously to tackle the very real crisis of environmental degradation.

Obviously, short of packing it all in and moving to an off-grid cabin in the woods, the huge majority of us couldn’t or wouldn’t minimize our footprint to the extreme that Josh and Liam have modelled. But what might the global ecological effect be if a whole whack of us “have-people” stopped having so much? What if each of us were to move at least a bit in the direction of minimalism? Might we be able to tip the global-sized scale from unsustainability to sustainability? 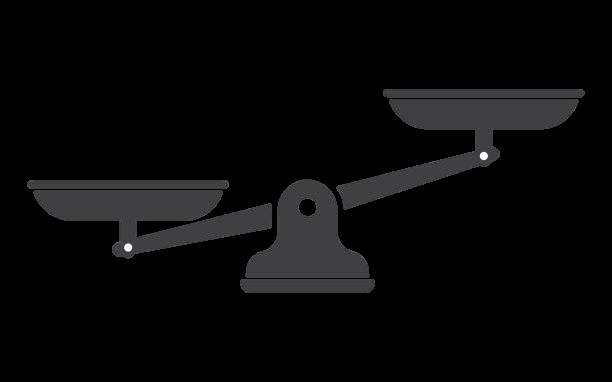 I speak about this more fully in my blog: There’s a hole in the bucket dear Liza: Why technology alone can’t save us from ourselves. I attribute that blog and much more of my environmental advocacy to Liam. If it wasn’t for a lot of conversations—heated debates—at the dinner table and in the car over recent years, I might still be more heavily weighing down the scale on the unsustainability side.

But he’s gone now. The dinner discussion era has come to a close. As Liam says on Instagram @liamswildwanders “I quit my job, packed up the truck, and wandered West.”

That’s what his downsizing was about—from the tiny home to the back of his pick-up truck. To become “king of the road”. 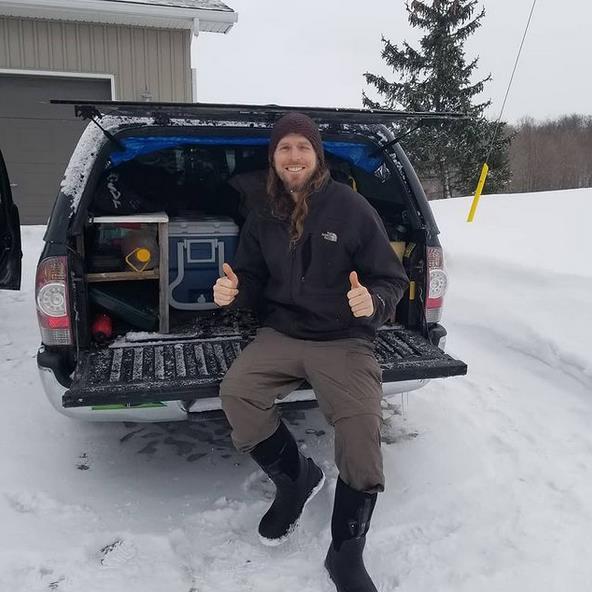 Concerned about humanity’s ability to self-correct in a timely manner, Liam’s dream is to experience as much of the natural world as he can while there are still polar bears to be seen, glaciers to walk on, living coral reefs to float over. With photos he’s sharing of his travels (presently limited by Covid restrictions), he hopes “to inspire others to appreciate and protect our beautiful planet.” 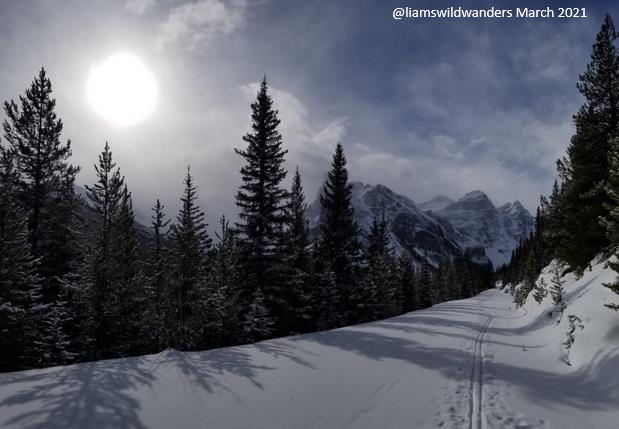 One of the most important natural landscapes largely unprotected from the threat of human activity is the world’s lungs—the tropical rainforests, or jungles. 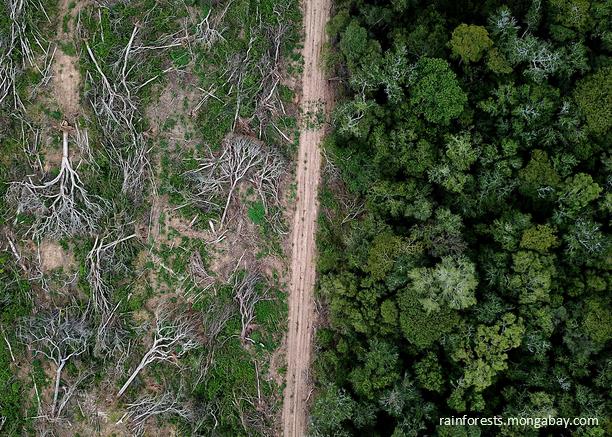 This is my segue to the oh-so-true lyrics of the song “Bare Necessities” sung by Baloo the bear in the Disney animation of The Jungle Book, part of which are:

And don’t spend your time lookin’ around
For something you want that can’t be found.
When you find out you can live without it
And go along not thinkin’ about it
I’ll tell you something true,

The bare necessities of life will come to you.

Thanks Josh and Liam for modelling the way.