There’s a hole in the bucket dear Liza: Why technology alone can’t save us from ourselves 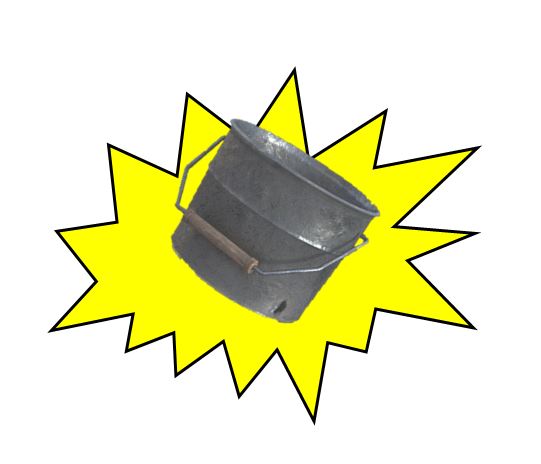 I recently watched a thought-provoking 2020 TED Talk called “The Promise of Quantum Computers”. The speaker, Matt Langione, a marketer of research-intensive, deep tech innovations, said that to believe we need faster, bigger computers to address the myriad of global challenges that we face “we need to first believe that our problems are, indeed, computational in nature.” 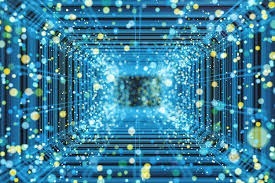 He proceeded to provide examples of such computational problems, explaining how quantum computing could theoretically find the solution to producing agricultural fertilizer that is more cost effective and more environmentally friendly; and, how it could hugely speed up the development of new, more effective pharmaceuticals. Apparently, existing non-quantum computers would have to compute non-stop for many, many years—centuries, actually—to find those same solutions. Langoine speculated, however, as there are critical hurdles to overcome it’ll take three decades for quantum computers to mature.

But we don’t have the luxury of waiting. And even if quantum computers were available today, I suggest most of the dire global challenges we currently face are not “computational in nature”. They’re human in nature. 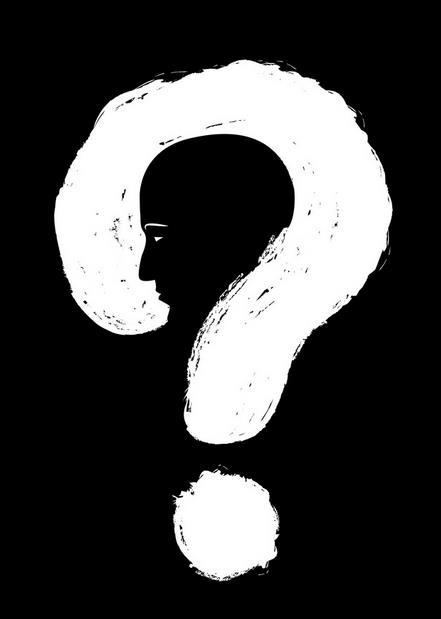 Could a quantum computer determine how to overcome humans’ thinking that it’s desirable to possess more and better material stuff, to get something done or made faster and cheaper, to communicate instantaneously around the globe and beyond Mars, to accumulate wealth at another’s expense, to extract and use natural resources regardless of ecological implications, to dispose of our unwanted stuff without compunction? Could a quantum computer figure out what it takes to motivate people across all spectrums—in democracies and dictatorships, the god believers and unbelievers, the CEOs to the janitors, the extremely wealthy to the extremely poor, the well-educated to the illiterate—to individually and collectively develop and manifest an ethic of sustainability so as to save humanity from itself? I’m not sure what the computational capacity of a quantum computer would be, but I’m doubtful it could successfully tackle these challenges. Even quantum computers are, after all, the product of the same human mind that has created all the problems we are desperately seeking to resolve. 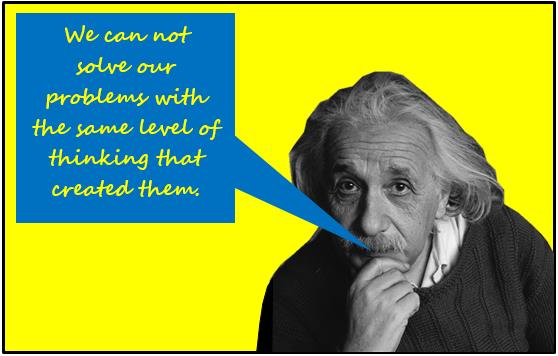 Don’t get me wrong. There have been amazing innovations in recent years. Some “glimmers of hope” described by Green is the New Black are: 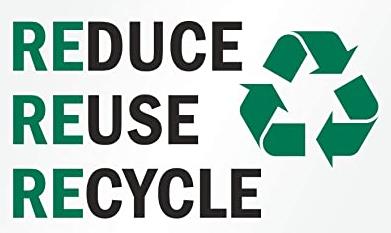 Positive stuff. All helpful. As “they” say: drop by drop the bucket fills.

But—and this is a really big but—the drops will never amount to anything, the bucket will never fill, as long as there’s a hole in it.

The lyrics to the children’s song “There’s a Hole in the Bucket” (found here on Wikipedia) consist of a circular dialogue between two children, Liza and Henry, concerning a fix for their problem of a leaky bucket. In the end, the problem is not resolved, because the solution requires use of their bucket, which can’t be used because it has a hole in it.  And there’s a hole in humanity’s bucket.

These “drops” of innovation are applaudable and must be encouraged and funded, but how sad will it be if they’re all for naught because we humans fail to plug the holes in our bucket—we fail to change our deleterious beliefs, thinking and behaviour. The holes of

behaving as if we can have it all—and have it delivered more quickly and cheaply as we gorge on earth’s resources—our air, water, trees, minerals, metals, land and sea creatures—at an unsustainable rate, stealing from future generations. 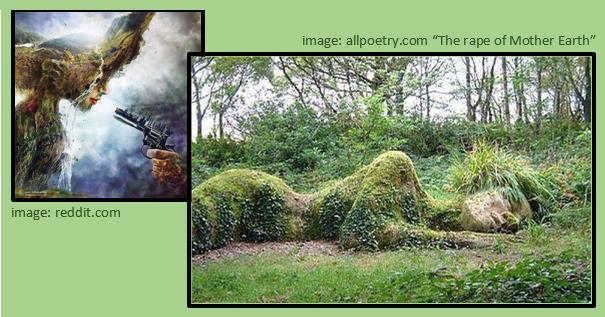 So long as we continue to deny the self-destructive trajectory humanity is on, our self-sabotaging beliefs, thoughts and behaviours will not change.

And the change that’s required is monumental in nature and must be globally inclusive. The holes cannot be fixed by the elite or corporations throwing endless money at the problems, by brilliant innovators, by governments, by religious organizations, by environmental groups. The hole-fixing requires a “reset” of each individual human being because it is individuals who collectively make up our species, as I speak of in another blog, and only a species-wide effort will have a fighting chance at saving humanity and many, many other earthly species. 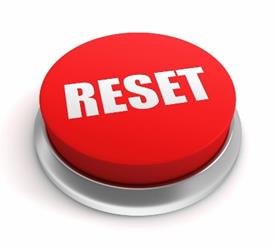 And what is this “reset”?

It’s a change of mindset. It’s each of us knowing cognitively and emotionally that we do not need to possess material things or stuff to be happy, to live the good life, to flourish, to have self-esteem and self-worth, to love and be loved. It’s about not needing to be conspicuous consumers, to show up as superior to others by virtue of having more and better stuff—the bigger home, cars, vacations, toys, designer clothes, meals out, stocks, money. It’s about being empowered through self-awareness and self-development, not quasi-empowered by the poor substitute called wealth. “Consumerism thrives on emotional voids” said Caroline Knapp, an American writer and columnist who wrote about her attempts at her personal reset. 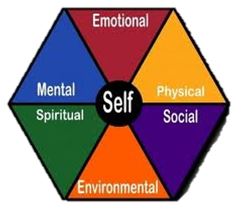 If we fill these emotional voids healthfully by investing in holistic personal wellness at the individual and societal levels, such that individuals no longer feel the need to possess material things to be complete or enough, how liberating might it be—mentally and emotionally—to feel happy and fulfilled without endlessly needing more and better stuff? What might non-materialism do for the future of our species and our home?

This reset is a spiritual revolution, not in the religious sense, but in the sense of “spirit” meaning frame of mind, life force, vital spark, energy, essence, heart, warmth, enthusiasm, breath, motivation, courage, resolve—all that a person embodies as a change-maker, a world-better-er. It’s a paradigm shift such that we each see ourselves as an intrinsic part of the whole, no greater or lesser than all the other parts, so we can more effectively collaborate and cooperate to resolve our problems at a new level of thinking, above and beyond the thinking that created our problems. From this worldview, we no longer feel a need to show up as better-than-thou. Resetting is the removal of our emotional neediness by believing, thinking and behaving on the understanding we are valuable as a being, not for doing or having. 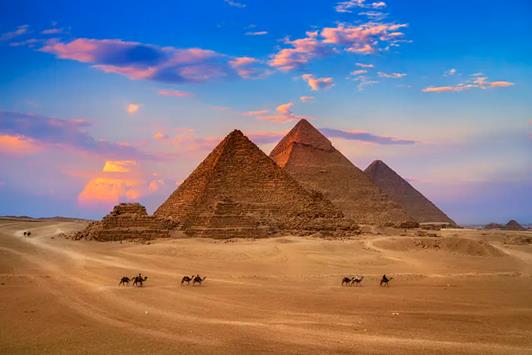 I said this change is monumental in nature. How do we construct a monument? One building piece at a time. How do we walk a thousand miles? One step at a time. How do we reset humanity? One human being at a time. Malcolm Gladwell, in his best-selling book, The Tipping Point: How Little Things Can Make a Big Difference, said: “The tipping point is that magic moment when an idea, trend, or social behavior crosses a threshold, tips, and spreads like wildfire.”

As individuals—the building pieces of humanity—let’s help reach that magic moment when human social behavior crosses the threshold from unsustainable consumerism to sustainable non-materialism. Let’s start right now. While we still have time to make magic. 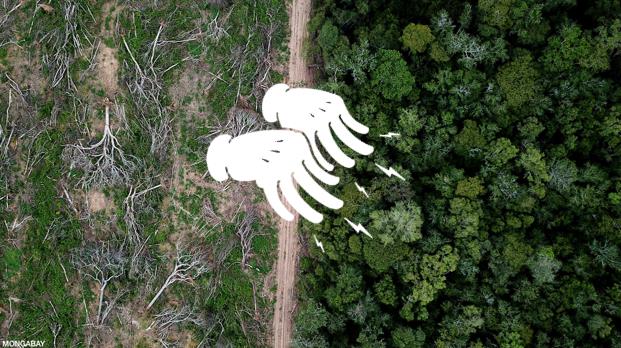