Dedicated to my Deerhurst friends.

It’s taken me a lot of years to appreciate the adage: a friend is your mirror and your shadow; your mirror never lies, reflecting back exactly what’s in front of it, and your shadow never leaves you, sticking with you no matter what you’re up to. There are exceptions to both analogies, of course, like fun-house mirrors that distort, and shadows that disappear when you’re in a totally dark place. But, to keep it simple, let’s ignore the exceptions.

It took six women and 40-some years for me to heartfully, not just intellectually, understand the saying. I think of these women as my Deerhurst friends because over the decades since the early 1980s we’ve been coming together annually in late spring, most often at a resort by that name, for our “girls’ weekend”.

We’re an eclectic group of seven widely differing personalities, not formed on the basis of common interests, or a common workplace, or all of us having been besties all our lives. We’re all white, middle class, heterosexual females, but the commonality that brought us together—with two exceptions—is that we were wives to a group of guys who, for an even longer time span, have been getting together for an annual fishing weekend in September. And even this commonality has eroded over the years as only three of seven remain married, two are separated, and two widowed. But that change of marital status serves only as one example of our evolution from working mothers mostly in our twenties, to retirees and in some cases grandparents, with a whole lot of life experiences—wonderful to wretched—shared between us.

I cannot speak to how individual relationships within the group have morphed over time, although I feel confident in saying all our relationships have deepened. What I can talk about is what these mirroring friendships revealed to me about a morphing me and what shadowing really means.

Saying a mirror never lies doesn’t mean that my friends never, ever misrepresented or embellished the absolute truth here or there a tad, as did I. It means, rather, that whatever was coming back to me from my relationship with each woman always truthfully reflected something about who I was in the moment.  In the early years of our getaways, the women I saw holding glasses of wine sitting around the cheese and crackers platter after an afternoon at the pool were friends I confusingly, variably and collectively viewed as either lesser or better than me. Failing to find a solid place within this group in the dominance hierarchy sort of way, I felt, at best, on the periphery, unable to truly connect at the core. (I talk further about this outsider phenomenon in my blog, Fringe Dweller.) 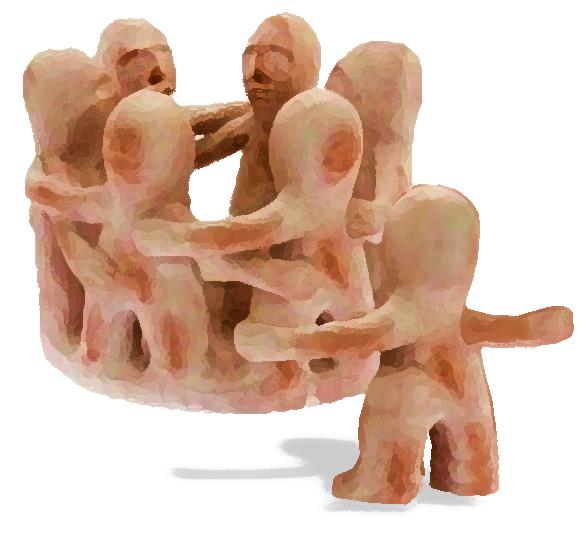 Why did I see these women as inferior and superior to me at the same time, or even at all? Well, inferior by my thinking at the time, because they weren’t staunch faith practitioners as was I who got up early on the Sunday mornings of our girls’ weekends to go to church while they slept in; because they talked about superficial things like TV shows, actors and types of wine; because they laughed at things that were silly and trivial; because they grew up as urbanites and didn’t understand the superlativeness of childhood in the country.

Superior, because they weren’t handcuffed to a religion; because they could knowledgeably talk about pop culture that eluded me, and could actually discern between a Pino Grigio and a Chardonnay; because they had a fun sense of humour that wasn’t a feature of my serious outlook on life; because they were financially comfortable, urbane, city mice and I was the poor, backward, country mouse.

Over the first number of years, at the end of the girls’ weekends, I returned home in a jumble of conflicting emotions, drained from the stress of acting as if I was one of them, as if I belonged.  I’d vow to find a good excuse not to join in the following year.

But, thankfully, as year followed year, I found my way back to Deerhurst each spring, with only a few, valid exceptions. I say “thankfully” from the bottom of my heart because these girls’ weekends turned out to be for me a longitudinal study of sorts that both boosted and measured my adeptness to recognize, own, and deal with those self-esteem-sabotaging traits I’d ignorantly attributed to my friends. (You may have heard this attribution called “projection”.) The payoff: I now unconditionally hold each and every member of our group of seven in high esteem, close to my heart. I belong. 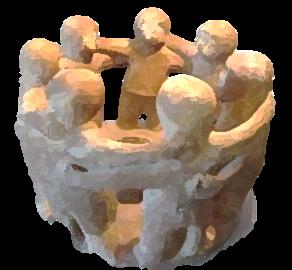 I say group of seven. Seven includes me. I now know the blossoming of real friendships over time could not have happened if I didn’t become my own friend. In some personal development training or book somewhere along the way, I first learned that others are mirrors of me, reflectors enabling me, in turn, to self-reflect on what I see.

I began to work at actionizing my learning—if there’s something about someone that ruffles my feathers, I try to peek inwards to find my reason for that irritation. After all, what I find irritating in someone may not be bothersome to others. The only explanation, therefore, is that the reason lies with me. Even if I can’t always pinpoint its internal source, by assuming responsibility for my discomfort, i.e. obliterating blame, I’m still empowered to choose if I want to remain ruffled or not. Not, I find, is a much happier way to be.

Not that I’m suggesting there are not toxic people—fun-house mirrors—who need to be avoided for one’s own wellbeing, or that pretty well every person doesn’t have some trait or other that is generally annoying to others. Rather, only that for the most part, taking ownership of irritants I knee-jerkily attribute to others opens up the opportunity for me to unconditionally enjoy the company of others—with the added bonus of building on my self-awareness. The amazing thing that I’ve noticed over the years is that, along with self-awareness, my self-love (i.e. self-esteem, self-forgiveness, self-care, self-respect and all those other selfies) has been growing and my relationships with others have been healing, deepening, and becoming more relaxed and fun. Once I was able to start loving my flawsome, uniquely weird and quirky self, I could likewise unconditionally love the other perfectly imperfect people in my life.

My Deerhurst friends are no longer greater or lesser than me in any which way, or to say it more correctly, they’re no longer reflecting back to me the superiority/inferiority complex (I’m more than enough/I’m not enough thinking) that I’d developed for reasons I don’t need to get into here. What I’m now able to see are seven wonderfully, beautifully, uniquely individual, flawsome women.

In the previous paragraph, I referred broadly to relationships with “others”, not just friends, because, as I’ve noticed, this growing of self-love enables healthier, happier relationships with most everyone—family members, co-workers, neighbours, fellow team players. However, it’s the second component of friendship—the shadowing—that I feel elevates interpersonal relationships into friendships. Your shadow sticks with you no matter what, so says the adage on friendship. I’ve found that the stickiness of a shadow is directly related to the degree of openness, non-judgement and unconditionality both parties bring into the relationship. 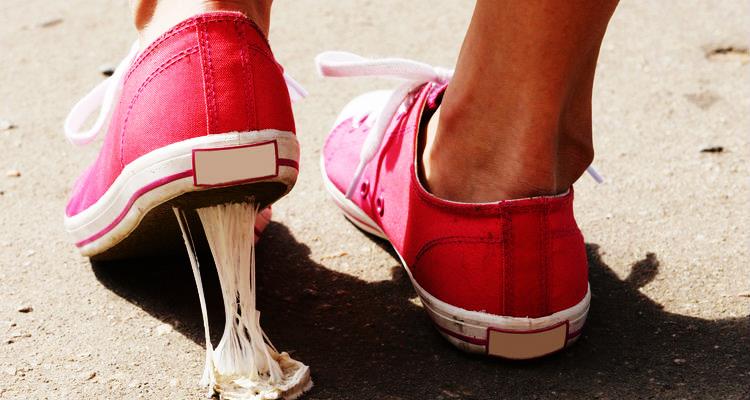 And again, as it took me some time to figure out, until I could unconditionally accept my own peculiarities and differences, my mind and heart were not open to unconditionally accepting them in others. Once I did, though, it was so damn liberating to no longer feel driven to figure out how I stacked up relative to my Deerhurst friends. And when this happened, my nebulous friendships solidified into the real, solid thing.

I don’t have to pretend anymore in the company of these women. I now fully embrace the reality that I’m a solitary person, naturally introverted, with interests and perspectives quite different than others in our group. I no longer feel compelled to hide my differences or apologize for them. It’s a beautiful thing to easily be my authentic self with my sticky, comfortable shadows, and not have to ask the mirror, mirror on the wall, who’s the fairest of us all.

Ladies, let’s fill our wine glasses and toast to friendship. 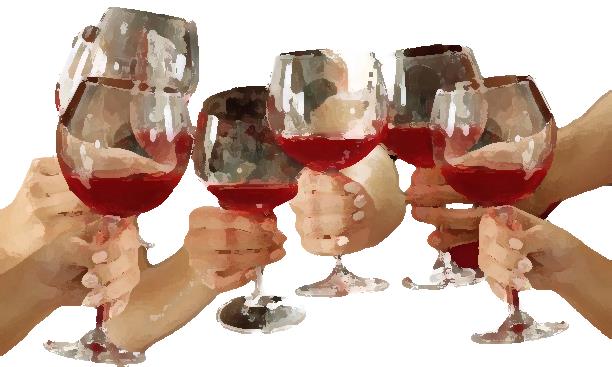